DOWN THE DUNSTABLE DEMONS


This week we mosey on down the M1; to a place we have been well and truly spanked in both of our previous visits, time to put the Dunstable demons to bed. The PRATS are hopeful of a decent result, in recent weeks the frequency of sphincter oscillation has been reduced, just the occasional twitch these days. When you’ve got Pharp within 20 metres that is very good news indeed. Recently Pharp has been pretty volatile, Christmas food being the main culprit, pungent to say the least. Even Pharp’s has been struggling to deal with it, he has been heard coughing and spluttering through his very own rendition of Toni Braxton’s ‘Unbreak My Fart’. 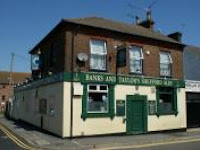 One or two decent pubs in Dunstable, Banks and Taylor own one, the Globe, sporting ten handpumps, including 5 of their own ales, plus a few ciders, sounds good but the parking is atrocious so expect a bit of a stroll. On our last visit here we popped into the Victoria, a nice pub with four ales. There is parking in front of the pub if you’re lucky but you may have to go around the corner. A nice pub, with soul or Motown music playing in the background. Sport on the TV if you want to catch the early game, food looks good as well. Further down the road on the opposite side is the Pheasant Inn,

six ales including our favourite from Cornwall, but amongst the others will be some good local brews. Once again sport on the telly and good food. Parking is around the back, it’s in the 2017 Camra good beer guide. There are plenty more pubs in the town centre worth a visit.


After the game, it’s hard not to head off to Toddington and return back to the Cuckoo, a lovely small two room pub with eight handpumps, 6 ales and 2 ciders. They also do a half decent pork pies, whilst not from Melton Mowbray this Yorkshire cousin is OK. Another temptation is to get nearer to home and pop into a new pub for the PRATS. In fact, a new pub for everybody, it only opened at the end of October 2016. 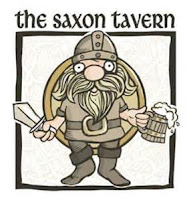 The Saxon Tavern in the village of Earls Barton. Six ales to sample usually brewed locally, all served straight from the barrel. Could be a good day out, especially if we can put Dunstable down.
You might recognise the Saxon, that's Pharp's ancestor Ethelwynd the Unsavoury
No comments:

BOOZE ON THE OUSE AGAIN

It’s the annual day after New Year’s Day fixture, and this year we are at relegation doomed Cambridge City. The Lilywhites have been nomadic for a few seasons now, currently plying their trade at the home of St Ives FC. The bright sun blasting through the living room window was disguising the fact that it was bloody cold outside, just 3 degrees centigrade. So on with the thermal vest, gonad hugging long johns, thick shirt, woolly pullover and so on, you get the picture. It was just after 11:00 when the PRATSmobile pulled up outside, 20 minutes later we were picking Pharp up in Rushden. Just as Pharp was getting into the car, another car pulled up, the lady driver wound the window down and asked “Have you seen a little dog”? was this some sort of ‘Carry on Spying’ password? Pharp replied “No I’ve just come out”. There was a little titter in the car, Citra nervously moved away from Pharp on the back seat, the lady drove off. On our short journey, Citra told us all about his weeping wound in his abdomen. Not to be outdone, Pharp told us all about his exploding elbow, leaving a nasty stain on his shirt sleeve. It sounded quite awful, Pharp thought that perhaps he should write a book all about his experience, certain it would be turned into a Hollywood animation blockbuster or a maybe a Christmas pantomime. We let him down gently, suggesting that had it been his ankle and not his elbow, he might be in with a chance, but ‘Puss in Sleeves’ doesn’t really cut the mustard. I will never have mustard on my ham sandwich again. We took a slightly different route to St Ives, as we approached the town, Pharp said ‘we’ve come in the opposite end’ another titter in the car, Citra nervously moved further away from Pharp on the back seat. After a few minutes driving around St Ives town centre up a one way street to a dead end, we ended up almost outside our first pub the Oliver Cromwell. Citra and Fuggles leapt out of the car like gazelles and sent Parker and Pharp off to meander their way back through the town to the car park. It wasn’t long before Citra was thrashing down his first pint of Oakham Ales JHB, Fuggles had the same, although a bit pricey at £3.80 a pint it was in good nick, quite bitter with lots of citrus 3.8% very pale ale. 10 minutes later Pharp and Parker arrived, and Fuggles was soon on his 2nd of the day. On special offer was Hopback’s Summer Lightning at £2.75, which for a 5% ale that’s not bad. Often regarded as the Summer ale trendsetter when it was first brewed a few decades back. A straw-coloured ale with loads of hoppy aroma and a refreshing long lasting bitterness, lovely. Pharp went for Great Yarmouth brewery Lacons Legacy at 4.4% a delightful blonde ale, not at all what you would expect Pharp to be drinking, loads of lemon and grapefruit aromas with citrusy flavours once again in excellent condition. Parker settled for a coffee. By now Poppies supporters were starting to pile in, the Keystone Hops closely followed by the first wave of Weebles, Cardiac, Betweenthesticks and the Petits, Chemise and Pantaloon. A few minutes later Marshall, Wort and Filtch made the Poppies baker’s dozen, swelling the Cromwell’s coffers. 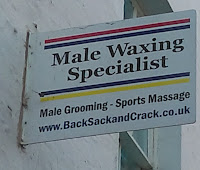 The Weebles were all of a quiver, they had spotted a Male Waxing Specialist boutique in the town centre, the website address was the main culprit for all their fluster. It would seem that Filtch and Cardiac are no longer hairy arsed brutes. Wort was waxing lyrical about the whole experience. Pharp was getting all of a dither and is planning a visit sometime this week, assuming they can find a volunteer waxer. No dates set as yet but you’ll know when he is there, large wax bubbles will be floating around outside. Pop the bubbles at your peril. The bedding shop next door has a lovely range of bumfluff pillows. We had another round of ales, Parker had another coffee, then it was time to move on. We wandered along the river bank up into the town to the Royal Oak. Always a favourite boozer with a decent choice of ales. Naturally Citra and Fuggles went for Oakham Ales Inferno, 4.0% golden ale with a fruity dry finish, a good thirst quencher.

Pharp went for Tydd Steam’s Arctic Fox Polar Beer, a 4.3% Winter Ale, a bit paler that you would normally expect for a winter ale. It looked in good condition, Pharp offered us all a taste and it was very difficult to find any great taste, it was just about OK. We had just a couple of pints in here with Citra and Fuggles staying with Inferno, Pharp sampled Timothy Taylors Landlord, always popular and winner of many champion ale award. Parker settled for another coffee, the bar lady needed to fetch some more coffee beans stored in the rabbit hutch, time to move onto the ground.


We’ve had a decent run of results here, 4 games with one draw and 3 wins, so hopes were high. Cambridge City are wallowing in a relegation battle and should be easy fodder for us.


Within 15 minutes we were 2-0 down, yet to wake up, making dreadful defensive mistakes and as penetrating as a eunuch. We managed to pulled one back before half time to offer a glimmer of hope. The Poppies young faithful supporters always enjoy a good day out at St Ives regardless of who we are playing. Standing and generally hollering on the steps right in front of the clubhouse, needless to say, they were all well-oiled with pint glass in hand. When we were 2-0 down the young Poppies faithful could easily have turned on the manager and the players, but they didn’t. They hollered louder, supported harder and encouraged further, always convinced we would win 3-2. And so we did, when the third and winning goal went in they went quite berserk, along with almost all other Poppies supporters including the Poppies bench. Anyone would think we’d won the FA cup and not just beaten a team destined for the drop. A memorable moment and credit must go to the team for showing great character and determination in turning a 2-0 deficit into a 3-2 victory. But credit must also go to the Poppies young faithful for keeping the faith.


Time for home, and as we did last November, it was off to the King of the Belgians in the village of Hartford just outside Huntingdon. The Weebles had arrived earlier, unfortunately Marshall, Filtch and Wort had got lost, they were half-way down the A14 before they realised they’d gone passed the pub, it would be another 20 minutes before they arrived. Pharp kicked off with a pint of Caledonian Flying Scotsman, 3.5% of chestnut nothingness. A powder puff of an ale for such a prestigiously named and powerful railway engine, shame. Citra and Fuggles tried Woodforde’s Once Bittern, 4.0% copper coloured/golden ale, a touch of citrus fruits with some maltyness, quite pleasant, we had a couple of these, then that was it for the day. A few decent ales and a sort of entertaining game. A good day out.
No comments: