NO NOT GASCOIGNE OR STRATFORD

Just when the PRATS had readied themselves for the most eagerly awaited cup tie at Stratford, we managed to draw in the FA cup. So instead of just a couple of junctions up the M6 and along the A46 we now have to travel all the way up the M6 to a junction somewhere in the upper 20’s. Like all Southern League footy fans we were really really looking forward to playing in what must be the pinnacle of all footy players careers, the Red Insure Cup. If only the Poppies players had realised what was at stake when they drew on Saturday. They would surely have been more determined to convince the ref that when a goalie performs a swallow dive onto our centre forward to bring him down; it is generally regarded as a penalty. Especially in the 94th minute, must try harder.  The goalie was awarded straight sixes from the on looking judges, and the good news for Bamber Bridge is that their goalie is now on the flight to Rio at the expense of Tom ‘hairy chest’ Daley. 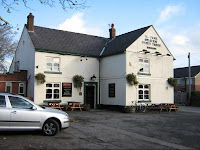 Will the PRATS get a pint or three whilst up in the cotton mill country? We could try Ye Olde Original Withy Trees a Robinsons pub about half a mile from the ground, maybe call in the Withy Arms just a few yards further up, apparently this used to be called the Withy Trees,  just not as ‘Ye Olde’ as the other one. Or perhaps the Pump and Truncheon. 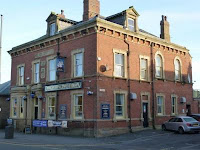 Can you imagine having a chat with your mates on deciding what to do for the evening? “Anyone fancy the pump and truncheon tonight’? Oooh you are awful, but I like you.