This Saturday the PRATS are off to North Hants, where we take on the Dragons of the concrete jungle, Basingstoke. There are one or two pubs quite close to the ground but not of any ‘real ale’ note. The Stag & Hounds is a Harvester pub, also close by is the Beacon, you should be able to get a low priced ale in this Greene King pub. However, not for the PRATS, we are going to drop into Newbury. 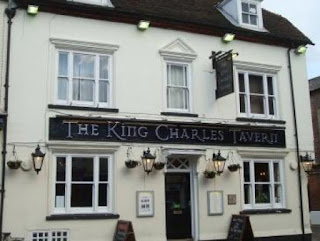 We will ark up in one of the many car park then pop into the King Charles Tavern, although this is a Greene King pub, they serve 4 of their own ales, which included West Berkshire brewery plus 4 more. They do some decent snaffle for the slightly esurient. 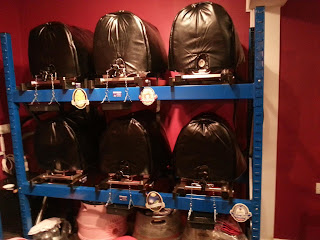 Just a couple of hundred paces away is the micro pub Cow and Cask.


It’s only half an hour from Newbury to the Camrose Stadium, so a fairly easy driving day. It’s been a while since we last played the Dragons and that was in that wonderful season of ours in the Isthmian league, what a fantastic season that was. We also played them in the FA trophy down there, so inspirational was that game, the PRATS can’t recall the outcome. They were relegated from the Conference South last season, but haven’t started the season as well as some expected. Hopefully the Poppies can take advantage of their poor start. On the way home, well Fuggles has to get home early as he’s going out with Mrs Fuggles, well when we say home we mean dropping off at a pub. So the PRATS may well have to pop into The Piper in Kettering, it’s their annual beer festival. Fuggles and Citra took on the responsibility of undertaking some research. We take these things seriously, so we attended the Friday night session and can say without fear of contraception that they have some decent ales available. We left early on Friday evening so we could prepare ourselves for this weekend’s game. We really didn’t want to leave so early.