NO NOT PSORIASIS OR EVEN A MATCH

Unfortunately the Valley Stadium was double booked with the World Bogsnorkling Association, so they take precedence over footy.

We'll have to sample the delights of Redditch early in the new year.
Did you know that Psoriasis is an anagram of Pissarsio, quite appropriate I suppose.


Monday night footy, we don’t get them too often. This week the PRATS are off to Redditch, not so far away, just over an hour journey.

One of the best pubs around the Redditch area is the Weighbridge at Alvechurch, sadly it doesn’t open until 7:00pm, so we won’t be able to go in there before the game but we may be able to sneak in afterwards. Well worth a visit located by the Alvechurch Marina, they usually have 5 ales on tap, including ales from Weatheroak brewery not to be confused with Weatheroak Hill, that’s later. In the town centre is the Royal Enfield one of two spoons pub in the town, this one is not too far from the ground, even closer is the Queens Head but they only serve Bloody Doombar. 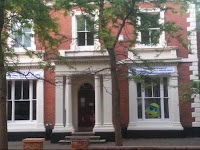 So for the PRATS it’s the newly opened Black Tap Brewpub serving their own ales. A 15 minute trudge from the ground, there are a few car parks nearby including the Kingfisher shopping centre which isn’t too far away and is free to park after 5:30pm. This pub adorns the cover of the autumn edition of the local Camra rag Pint Taken. We’re looking forward to trying some new ales, never had any of these before. The menu looks interesting, traditional, award-winning pork pie gold award last 3 years running or even fresh Scotch egg traditional or with black pudding, yummy, sounds good, we might have to sample some of those, and if we get there before 6:00pm they do a BOGOF on the pork pies.
After the game, well is it the Weighbridge at Alvechurch or the Coach and Horses at Weatheroak Hill home to the brewery of the same name? 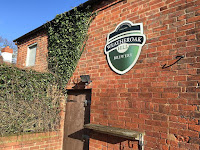 Not the Weatheroak brewery which used to be brewed here at the Coach and Horses, this is now in Studley, confused? Bit of a fall out I believe a few years back. Fuggles has been to the C and H on a few occasions and the favourite ale was always Keystone Hops, sadly that went with the brewery. They do the most magnificent faggots here, although I doubt we’ll be snaffling at this time of night.


Hopefully a good night out, but could be a tough game, the Reds are in good form.